Virtual and Augmented reality has become a key element to create value for individuals and businesses We continously strive to develop new applications to increase the 3D content and meet the need and demand of our customers.

DreamUp with its dynamic and young talents provides one of the largest library for Virtual Entertainment, learning and immersive applications for VRCast, Entertainment, Industries and Education. We are proud to be at the epicentre of this extraordinary experience and we invite you to be a part of it. 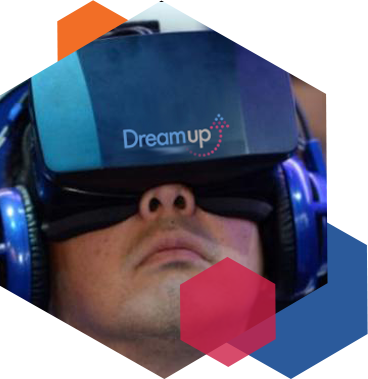 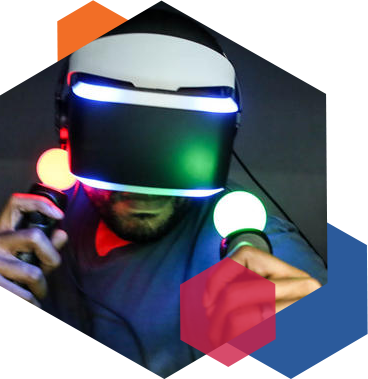 The platforms we provide place your customers directly inside the action and gives them the real experience with our Immersive systems. Your trainings, education sessions, marketing and designs can improve drastically with our systems. We provide variety of Virtual Reality and Augmented Reality headsets. Our applications support most of the commercially available VR and AR devices in the market. 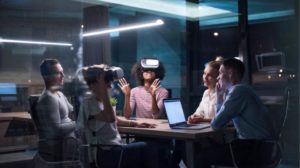 Virtual reality is going to have a major impact on every function in human resources, from recruitment to training and retention

The main challenge of human resources in business is simple on paper: recruit, retain and train employees, making them happier, more productive and more engaged. If your employees are having more good days than bad ones at work, then HR is doing a good job. 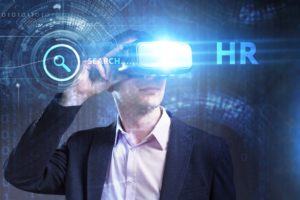 Sounds simple – but we all know that it’s not always that easy. There are environmental factors which make life harder for HR, such as the current skills shortage in Britain. The recent Albion Growth Report, by venture-capital company Albion Ventures, found that for the first time finding skilled staff was the number-one concern facing small and medium businesses as a barrier to growth, replacing the ubiquitous issue of red tape at the top.

The good news is that technology is arriving which will help make the life of HR better. In particular, virtual reality (VR) offers human resources departments opportunities to create innovative, engaging and cost-effective learning and development programmes to meet the needs of business in all the key areas. So it’s no wonder that 97% of learning and development professionals see VR as a way to enhance training.

Which areas are most appropriate for VR?

The first area that VR can help in is recruitment. While traditional considerations like salary, working conditions and location will always be important factors, other “softer” elements are increasingly significant. A recent survey by LinkedIn found that among millennials, an innovative and inspiring office environment is also a major point in attracting the best talent. Hence, giving potential candidates an immersive and engaging experience of the office through VR can be a good way to go.

One organisation that’s already doing this is the British Army. Recruitment to the Army Reserve is always challenging so it created four VR experiences based on combat training, adventure training, tank training and parachute training, which were then posted on YouTube 360.

The results were excellent, with increases in applications of 65% in the first month the campaign ran and 41% in the second month. 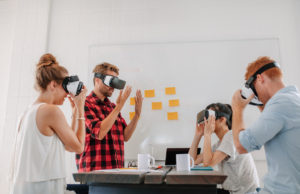 A second area where VR can help is in onboarding. The onboarding process is a key element in the retention of staff, and with the cost of recruiting a single employee heading to over £30,000 in expenses and lost productivity, ensuring you don’t have to go through the recruitment process a second time is extremely important. With some surveys showing that one-third of new staff quit within six months of starting, onboarding is incredibly important.

How could you use VR in the onboarding process? One simple idea is to include virtual tours of the work environment, to allow new employees to familiarise themselves with it prior to even starting work. This can be self-paced, putting the employee in control of their own onboarding. You can also have personal welcomes from the CEO and relevant executives to ensure that new employees have more engaging and personal contact with senior management.

The third, and potentially most important, area where VR will have a major impact on HR is in training, and VR presents a really positive opportunity here. One of the most consistently cited reasons for leaving a company, just below the ever-present of simply wanting a higher salary, is lack of development opportunities. Not only does more and better training mean more efficient employees – it also makes people happier and more engaged with the business. And that makes them easier to retain. If you go into work every day thinking about the good day ahead, you’re less likely to leave, and how a company helps you develop is a key part of this.

Again, this is an area where the military has been leading the way. Traditionally this has involved extremely expensive bespoke systems, but more recently the lowering cost of VR equipment has meant that the British Army has been able to use off-the-shelf devices and focus instead on the software, allowing it to develop training programmes that simulate combat environments. This has proved particularly useful for training field medics, who have to operate under pressure but with extreme precision.

In a more peaceful area, Devon and South Torbay NHS Trust has used VR to train doctors in understanding how communication, compassion and teamwork affect their clinical performance. As with the Army, the Trust originally used expensive bespoke systems, but thanks to the emergence of lower-cost VR, the Trust was able to reach entire classrooms and give multiple users their own interactive and immersive experiences.

BMT Defence is an engineering consultancy that’s already using VR in its training and maintenance programmes. One interactive system it put together gave an introduction to offshore wind-turbine maintenance, allowing users to ascend to the top of a turbine (after a slightly rocky boat ride) and see an exploded view of the components of the key parts of the mechanism. This allows anyone to familiarise themselves with the principles of how a turbine works, as well as the parts that engineers will need to maintain.

Putting VR in learning and development into practice

All this sounds good, but how does an ordinary HR practitioner put VR into practice? Where should you start? There’s good news here: you can start getting positive results quickly.

The first thing to do is educate yourself more widely about how businesses will be affected by VR. Look at the options for software and hardware, and make sure that you consider how much your budget is likely to be. As we’ve seen from the examples of both the Army and NHS, the days when VR used to be expensive and require a major investment are gone – you can start quickly and easily with just a few headsets and some off-the-shelf content.

Remember too that you have the chance to develop your own content, which will be tailored to your own business. Depending on how deeply you want to get involved, this can either be created by specialist VR content agencies (there are many about) or done in-house.

This is just the start. What’s exciting about the future, though, is that ultimately VR will be able to do things that have never been done before, especially in the realm of training. 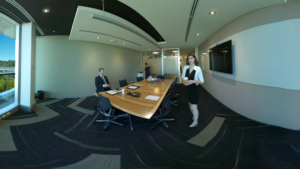 Take, for example, engineering. Already some VR demos have been able to model cars in VR with every single part accurately rendered. In a VR simulation, you can reduce yourself to the size of your thumb and literally walk through the engine, allowing trainee engineers to get insights into how a car works which have simply never been possible before. Not only is this an incredibly effective way of educating someone in engineering, it’s also an extremely powerful and engaging experience, enabled by VR.

That’s for the future, but today’s technology already allows us to make the fundamentals of HR – recruitment, training, development and retention – more engaging and exciting than ever before. Improving these areas is fundamentally about ensuring that every employee has more good days at work. Virtual reality can improve the experience of staff by helping them find out more about you before they become employees, giving them higher quality engagement early in their career with you, and helping them develop their skills in a way which is much more immersive.